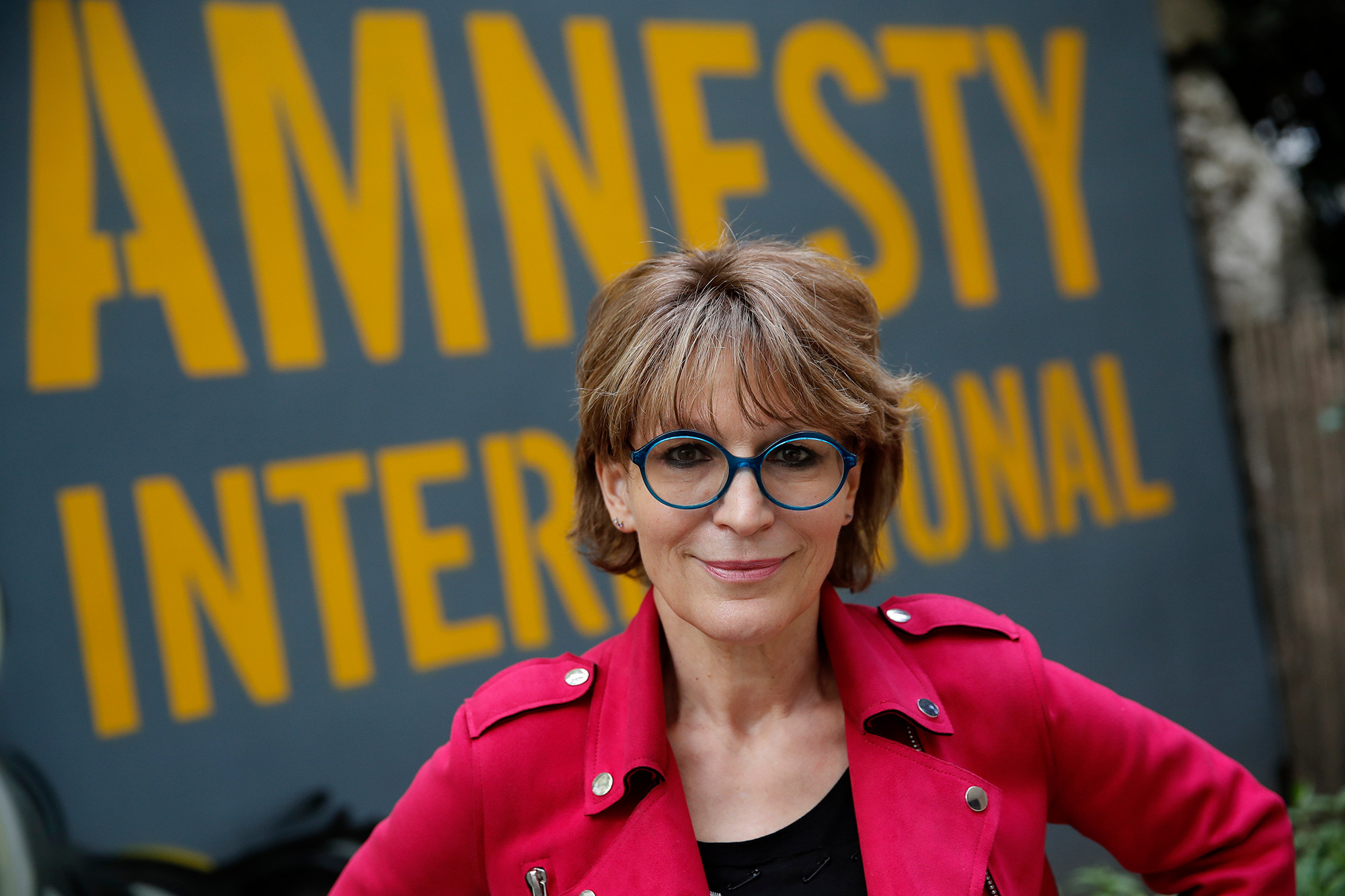 PARIS — Agnès Callamard is best known for her investigation into the killing of Saudi journalist Jamal Khashoggi and has made a career uncovering extrajudicial killings.

The French human rights expert’s focus on rights abuses is taking on new dimensions as she assumes leadership of Amnesty International and turns her attention to what she says is one of the world’s most pressing issues — vaccine equity to end the coronavirus pandemic, which has eroded freedoms globally.

Amnesty International released its annual report on Wednesday, arguing that governments have used the coronavirus pandemic as an excuse to clamp down on human rights, whether or not that was the original intent. The wide-ranging report took particular aim at governments in Myanmar and Russia, among others, but also critiqued the use of coronavirus-related police powers in places like Britain and the United States against protesters.

The only way to end the virus — and the abuses that have accompanied it, primarily against the world’s most vulnerable — is to distribute vaccines globally and equitably, she told The Associated Press on Tuesday.

“What we found is that the victims of COVID, whether it was in the UK, in France, in the US, in India, in the Middle East, in Brazil, those victims were primarily among the most disenfranchised and vulnerable groups,” she said. “As a global community, as a national community, we failed the test that COVID-19 represented.”

Callamard rarely hesitates to call out the powerful. In 2019, as a UN special rapporteur, she concluded there was “credible evidence” that Khashoggi’s killing was state-sanctioned. She also investigated the US drone strike that killed Iranian general Qasem Soleimani and concluded it was unlawful. Earlier this week, she said there was a real risk that Russia was subjecting opposition leader Alexei Navalny to “a slow death.”

She said she will no longer lead her own investigations, as she has done for years for the UN — but will continue to call out human rights violations as she sees them. And the pandemic exposed plenty. Ending it, she said, will expose even more, especially among wealthy and powerful nations which have purchased more vaccines than they need.

“Not only do we buy everything, but on top of it, we stop others from being able to produce it. In the name of what? In the name of profit and in the name of greed,” Callamard said, referring to the European Union and US decision to block a proposal to relax intellectual property restrictions on patents related to coronavirus treatments and vaccines.

One of her proposals falls along the same lines as the Biden administration’s call this week for a minimum global corporate income tax. In a foreword to Amnesty’s report that she wrote before Monday’s announcement by US Treasury Secretary Janet Yellen, Callamard said the global taxation system had produced more losers than winners.

“Global taxation is a way of rebalancing equality,” she said. “It’s a way of ensuring that it is not always those who have the least who are requested to give the most.”