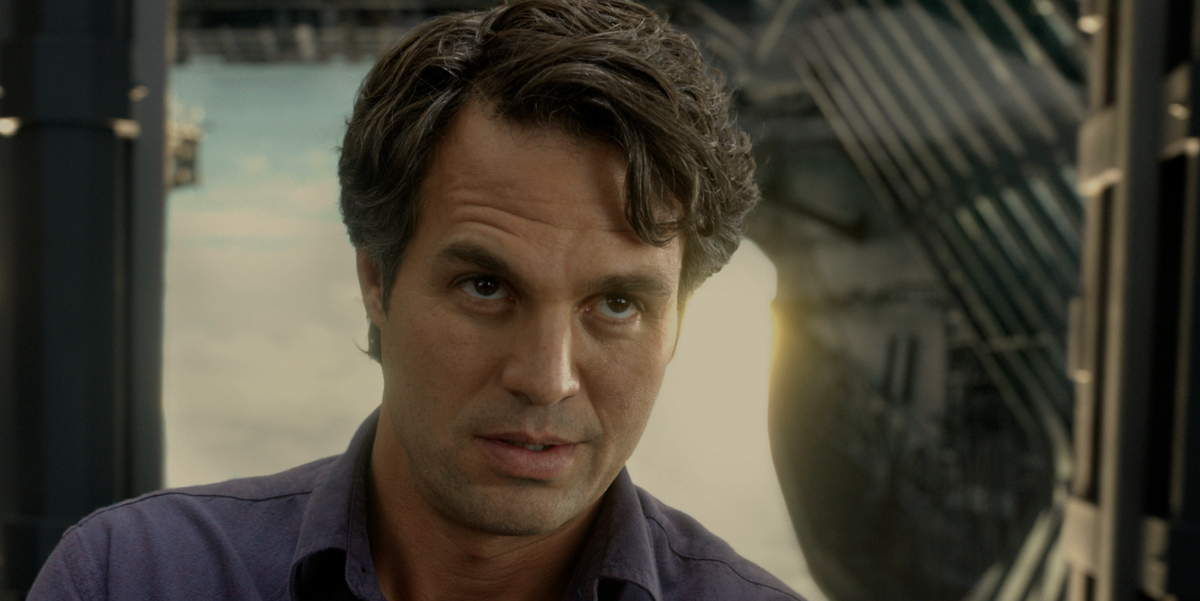 I’ll be honest with all of you. When I’m on Esquire‘s Marvel beat, watching something like the great Shang-Chi and the Legend of the Ten Rings, I’m not always staring at every crack and crevice of the thing looking for Easter eggs and multiversal shenanigans. I’m, you know, thinking about its themes. Whether or not the writing is good. Trying to enjoy it.

Hopefully that’s helpful context for what I’m about to write. A full week after seeing Shang-Chi, I was daydreaming about its mid-credits scene. The couple-minute-long clip essentially serves as Shang-Chi’s initiation into the Avengers. We see Wong, Katy, Shang-Chi, and holograms of Captain Marvel and Bruce Banner analyzing the Ten Rings, discovering a homing beacon within it. Which is all well and good. It might even set up a Shang-Chi 2, which we’d love to see. Banner even cracks a joke, telling Shang-Chi, “welcome to the circus.”

During this daydream, I was thinking about how nice it was to see Ruffalo as Banner again. Lightbulb. Wait. Holy shit. Hadn’t Banner permanently merged with Hulk to become Professor Hulk, who was out and about living his best life in Avengers: Endgame?

Unless I’m missing something, it looks like our man Banner (or Hulk!) had another identity crisis after Endgame and reverted back to his human form. Which means that we’re missing a decent chunk of story, at least as far as Banner is concerned, between Endgame and Shang-Chi. If you need a refresher: Basically, after a movies-long tug-of-war between Banner and Hulk, they show up in Endgame as the best of both dudes. For the record, here’s what he says about the change:

“For years I treated The Hulk like he’s some kind of disease, something to get rid of. Then I started looking at him as the cure. Eighteen months in the gamma lab, I put the brains and the brawn together. And now look at me. Best of both worlds!”

And, well, you know how Endgame tuned out for Prof. Hulk. He put on the Infinity Gauntlet, snapped his fingers to bring half the universe’s population back to life, and nearly died in the process. So maybe that’s why Hulk went bye-bye in the time since Endgame? Because he didn’t want to undergo any more Infinity-Stoned trauma? It’s hard to tell. Keep in mind that there’s some additional weirdness going on in Banner/Hulk’s corner of the MCU. The Abomination, the villain of The Incredible Hulk, shows up in Shang-Chi as seemingly Wong’s sparring buddy. And Disney+’s She-Hulk has confirmed that Ruffalo will show up again as Banner/Hulk. To make things even more complicated, Ruffalo was spotted on the She-Hulk set with mo-cap dots on his face, so Hulk certainly isn’t gone for good.

Maybe Banner just figured out a way to change into the Hulk, and vice versa, at will? Hopefully we’ll get some answers before She-Hulk debuts next year. You see why thinking about this stuff too hard can hurt your brain?

Read More:  How to Mislead People About Misinformation

This content is created and maintained by a third party, and imported onto this page to help users provide their email addresses. You may be able to find more information about this and similar content at piano.io