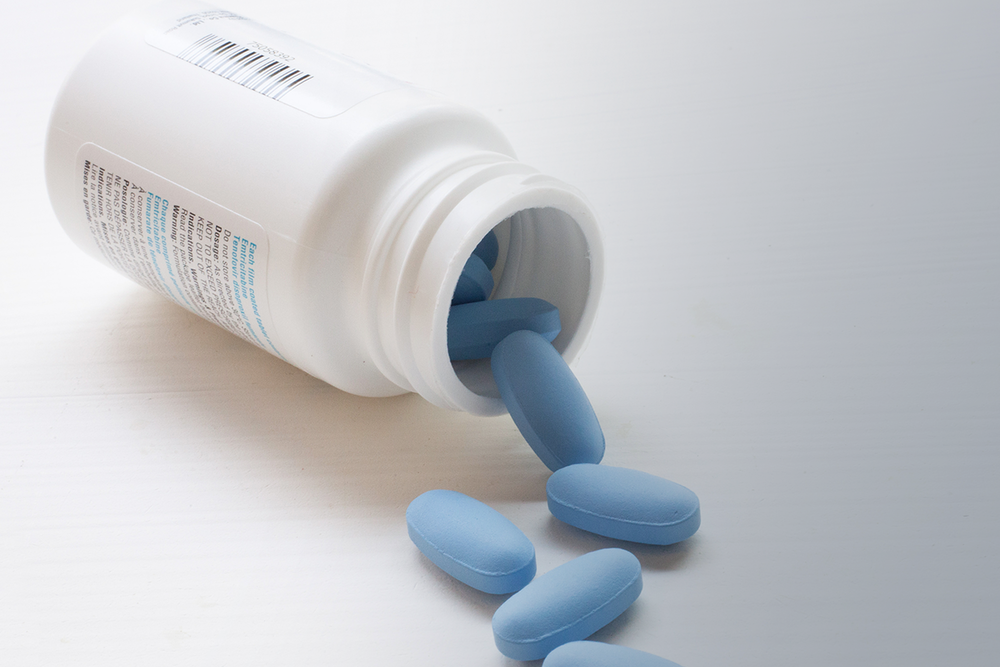 Clinicians face key barriers to the effective and equitable provision of PrEP in Australia, according to a recent qualitative study published in Sexual Health. These barriers include restrictions on who can prescribe PrEP, patient ineligibility for subsidised health care, difficulties with providing PrEP in GP settings, and discomfort with on-demand PrEP.

“These findings address an important gap in the literature on provider perspectives on PrEP delivery in real-world, post-trial contexts in Australia, including gaps in PrEP provision” the authors write.

Following several demonstration trials, PrEP has been publicly subsidised in Australia since 2018.

Public subsidy means that people with Medicare (Australia’s universal healthcare program for citizens, permanent residents and people from countries with reciprocal arrangements) can purchase PrEP medication for A$ 41 per month* or A$ 6.60 per month for concessions (e.g. students or people receiving benefits).

In the United States, a federal health insurance programme that guarantees health coverage for people aged 65 and over and some younger people with disabilities.

In relation to pre-exposure prophylaxis (PrEP), on-demand dosing is an alternative term for event-based dosing. See ‘event based’.

Studies aim to give information that will be applicable to a large group of people (e.g. adults with diagnosed HIV in the UK). Because it is impractical to conduct a study with such a large group, only a sub-group (a sample) takes part in a study. This isn’t a problem as long as the characteristics of the sample are similar to those of the wider group (e.g. in terms of age, gender, CD4 count and years since diagnosis).

In discussions of consent for medical treatment, the ability of a person to make a decision for themselves and understand its implications. Young children, people who are unconscious and some people with mental health problems may lack capacity. In the context of health services, the staff and resources that are available for patient care.

PrEP can be accessed through sexual health clinics and general practitioners (GPs). Although patients still have to pay for PrEP medication, services such as STI and blood tests are typically free to all at sexual health clinics. In contrast, GP consultations vary in cost, with people with Medicare receiving a discounted rate.

While the impact of PrEP on HIV transmission in Australia has been well-documented, there has been limited research on the challenges of providing PrEP, particularly since it was publicly subsidised. A research team led by Anthony K J Smith of University of New South Wales therefore undertook a qualitative study with PrEP-providing clinicians to examine the challenges that have emerged.

They conducted 28 semi-structured interviews between October 2019 and July 2020 with clinicians in two Australian states, New South Wales and Western Australia. Participants were recruited purposively through newsletters and emails to gain a sample across different settings, locations, and levels of PrEP experience – although all participants had to have prescribed or dispensed PrEP at least once.

The final sample included GPs, sexual health nurses and sexual health doctors. Half worked in publicly funded sexual health clinics, 10 (36%) worked in GP practices, and 4 (14%) worked in a community-based or NGO clinic. The number of PrEP discussions they had with patients ranged from 1 per month to 50-60 per week, but most participants were experienced in PrEP provision (with the exception of a few GPs).

In Australia, only sexual health doctors and GPs can prescribe PrEP. However, during the demonstration studies, clinics were able to experiment with new nurse-led delivery models where nurses could provide PrEP. These models were found to be cost-effective and an efficient use of the nursing workforce, with participants quickly enrolled as a result. Despite this success, prescribing regulations have remained the same meaning that most nurses could no longer provide PrEP once the trials were over.

This frustrated a few nurse participants, who felt that they had proven they were capable of delivering PrEP more efficiently than the current approach:

“We built a big study so well and upskilled nurses to be able to follow strict criteria to give this medication. Then we threw it out there and it’s fucking… [it’s] putting more burden on GPs and taking away great skills from nurses.” (Sexual health nurse)

Barriers to accessing subsidised PrEP has meant that the recent reduction in HIV incidence among Australian-born MSM has not been reflected in other at-risk populations. MSM born overseas, especially from Central and South East Asia, account for a growing proportion of HIV diagnoses and may struggle to access PrEP due to Medicare ineligibility, amongst other reasons.

In an attempt to tackle this inequity, participants working in sexual health clinics described how they would refer patients with Medicare to GPs so that they could prioritise patients without Medicare – the majority of whom are migrants – for their free services. This was necessary because the loss of nurse-led PrEP meant that there were not enough appointments to meet patient demand.

Even then, patients without Medicare need to be supported to personally import PrEP, and participants highlighted that this can be logistically challenging due to shipping delays.

Many participants were critical of GPs, reflecting complaints they heard from patients that some GPs were incorrectly managing or refusing to prescribe PrEP. This was despite many sexual health clinicians relying on GPs to manage the overflow of patients from sexual health clinics.

However, the GPs participating in the study viewed PrEP as relatively easy to manage. Their difficulties related to time management; GPs typically have much shorter consultations than sexual health clinics and some GP participants noted that a request for PrEP meant that they would often run late with subsequent appointments.

This was especially the case if they tried to adhere to PrEP guidelines. One participant said that “70 pages is impossible to read” but found the two-page decision-making tool provided with the guidance helpful. Another complained that the guidance around laboratory evaluation tests at different intervals was “too complex” and preferred to do all tests every three months for simplicity. In contrast, sexual health clinicians either liked the guidelines or did not mention them.

Some GP participants managed time pressures by not conducting extensive sexual health histories and instead relying on the patient’s request for PrEP or indicators such as condomless sex to establish PrEP suitability. GPs felt that this matched patients’ expectations for general practice:

“People don’t really expect a GP to be asking them where they are putting penises.” (GP)

Some GPs in the study highlighted that it is difficult to build expertise with PrEP due to lack of patient demand, which further reinforces a perception that PrEP is a specialist medicine. This results in a reliance on referrals to specialists:

“In the wider community lots of people don’t prescribe PrEP – although they could – because they’re anxious about it, they don’t understand it. They’re concerned that they might miss something… If you’re not comfortable with something it’s reasonable not to do it, but try and know someone you can refer the patient to who is [comfortable with it].” (GP)

Participants across the three professions were uncomfortable with on-demand PrEP and expressed concerns about its efficacy. Some did perceive on-demand PrEP as useful for certain patients, such as those who had sex infrequently, but worried that patients would not be completely adherent or able to “plan ahead for sex”:

Other participants highlighted that patients were receiving conflicting information about the legitimacy of on-demand PrEP due to these concerns, occasionally even from providers within the same clinics:

“Some of the patients have actually lost a little bit of confidence in the messages that they’re getting [about PrEP dosing strategies] because of these mixed messages they’re getting not just from clinicians, but advertising campaigns, what they’re reading online, and what their friends are saying as well.” (Sexual health nurse)

The authors noted that these concerns are similar to those previously expressed around daily PrEP, which was also met with caution and resistance by some clinicians.

The authors of this study argue that these findings identify “important opportunities to optimise PrEP provision”. These included changing regulations to enable nurses to prescribe PrEP, subsidised PrEP for all Australian residents (as opposed to only those who qualify for Medicare), PrEP guidelines and resources specifically designed for shorter GP consultations, and education and support for PrEP providers to feel confident in discussing and providing on-demand PrEP.

These recommendations are also likely to have wider relevance beyond Australia. In the UK, confusion about on-demand PrEP has been reported by some clinicians, and expanding PrEP provision to GPs will be key to ensuring equitable access to PrEP for underserved populations.

Restrictions on who can prescribe PrEP are also widespread globally. “Given that nurses had proven capacity to provide PrEP in demonstration studies, exploring ways for nurses to provide PrEP – which might require changes to prescribing authority – could enable sexual health clinics to provide more services to patients” the authors conclude.